If you’re looking for ways to brainstorm like a pro then you might find this resource useful.

The biggest challenge of brainstorming in a team is keeping a collective open mind. Many of us self-censor our thoughts for fear of looking stupid in front of our peers. Suspending cynicism for each others ideas (temporarily, at least) is essential to foster enough creative momentum to hit on some really interesting ideas.

2, First go for volume, not quality

In the early stages of a group creative process, it’s important not worry about quality of ideas but rather go for volume.

For a sharp creative mind, it can be difficult not to pass immediate judgement on an idea that comes out a teammates mouth. This instinct to pick holes in the practicalities of a new-born concept, when allowed at the table, can be fatal to the creative energy.

Building on ideas, rather than breaking them down, no matter how daft they are, can be a powerful way to ramp up  that collective creative magic.

One simple exercise can help your group overcome this challenge and get the juices flowing. We call it ‘Yes! And’. In your team, elect one person to start by announcing an idea for something  fun to do as a group – ‘Let’s go to the beach’ could be an example.

Then, move round the group in a circle with each team member building on the plan by following with ‘Yes! And…” followed by an extension to the idea – ‘lets have a picnic in the sea’ for example.

Continue round and round the group for 2 minutes until the initial plan has morphed into something weird and wonderful.

By forcing ourselves to respond positively to an idea and then build on it, we can quickly get in to the optimum mindset for brainstorming. Use this exercise as a warm up before you begin an ideation session and watch how much more positive and care free your team work becomes.

Try to maintain the same practice of responding with positivity and building on the ideas further and you’ll be amazed how many ideas you can come up with.

When you’ve been through your nonjudgmental brainstorming and have a whole host of ideas, the time then comes to develop the ideas and start balancing positivity with your other thoughts and feelings.

One really useful way to analyse and build on the ideas further is to use the colourful ‘thinking hats’ technique developed by renowned psychologist Edward de Bono.

The technique helps the team take each idea in turn and collectively explore it with four different mindsets, represented by a different colour ‘hat’. De Bono originally described six different hats and mindsets, but beginners can simplify by sticking to just four.

7, Start with the virtues of the idea

Third, take up the ‘red hat’ to share your emotions, feelings ad hunches about the idea without having to explain yourself. Finally, start imagining the possibilities that could emerge from the concept by donning the ‘green hat’ – feel free to think big and laterally here, taking inspiration from the original idea.

Repeat this process for all your ideas and by the end of the process you should be in a good place to make some decisions about which ideas are worth pursuing further. 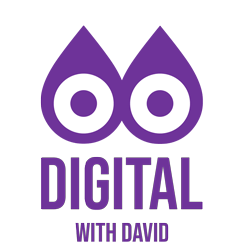 If you are creating content and want to maximise your conversions, then using a combination of these 531powerful copywriting words could help.  Verb power words A verb is a word used to describe an action, Read more…

If you are creating content and want to maximise your conversions, then using a combination of these 236 powerful copywriting words could help.  Awesome Jaw dropping Astonishing Awe-inspiring Grand Transcendent Wondrous Majestic Grandiose Magnificent Formidable Read more…

Designing content, not creating copy Good content design allows people to do or find out what they need to from the government simply and quickly using the most appropriate content format available. It is based Read more…